Department of Women’s and Gender Studies 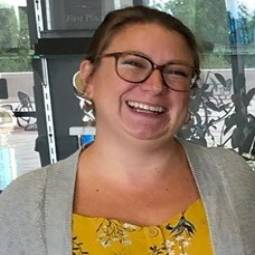 Annie Boiter-Jolley is an adjunct professor in the Department of Women’s and Gender Studies. Her research interests and areas of expertise include gender and politics; inclusion and representation; political, feminist, and democratic theory; social movements; and the gender politics of the US South. Dr. Boiter-Jolley regularly teaches WGST 112, but one of her favorite classes to teach is WGST 298 - Contemporary Gender Issues in Law and Order: SVU. She also teaches courses in American Politics and Political Theory in the Department of Political Science, and doesn’t talk about that one semester she taught at Clemson.