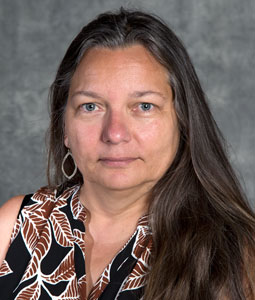 Patty Hall joined the staff in January 1996 as assistant to the faculty of the School of Journalism and Mass Communications. In 1997, she assumed responsibility for updating the school's first website. She became the full-time webmaster of the school and of the newly created College of Mass Communications and Information Studies in 2003 and assumed responsibility for the website of the School of Information Science in January 2012.

Prior to joining the University of South Carolina, Hall worked for three years at the Price/McNabb Advertising Agency in Asheville, North Carolina, as an assistant account executive in the public relations division. She worked on the accounts of the Asheville Tourism Society, McDonald's Tri-Cities Co-ops and the Biltmore Estate.

Hall is the mother of three adult children (Soren, Sydney and Dylan), three felines (Firefly, Gilbert and Jessie) and one canine (Clancy).