Tell me a little about your high school background and your involvement in scholastic journalism.
I attended Gaffney High School where I spent three years working on my school’s newspaper — The Indian Post. I served as a staff writer and features editor and then during senior year as editor-in-chief. I was a four-time inductee into the GHS Hall of Fame, with one of those inductions being for my work serving as editor-in-chief and another for being senior class poet.

Why did you choose the University of South Carolina?
Attending the University of South Carolina has run in my family for generations. Ever since I was a little girl, I visited campus for numerous events and fell in love with its rich history and beauty. My sophomore year of high school, I toured UofSC’s campus and the journalism school, and I was sold. And it was a great help when I was offered the Bobby Dickens Scholarship — a full-ride scholarship to the university, which is awarded annually to one Gaffney High graduate based on community and school involvement with an emphasis on merit.

When did you decide on broadcast journalism as a major? What factors influenced that decision?
I’ve enjoyed writing ever since I was a little girl and truly fell in love with journalism while serving on my high school’s newspaper staff. During this time, I began really watching the news and paying attention to the impact broadcast journalists make in peoples’ lives.  I believe that broadcasting is one of the most significant jobs in today’s society — especially now. We need broadcasters with integrity to provide honest and truthful information so people who are watching can make good decisions.

I am genuinely moved by the inclination that I can make an impact on the journalism world. Change begins with one person. What that one person does, says or hears can leave a remarkable impact on the beliefs of a whole. I truly believe that person can be me.

Do you have a favorite or most influential class so far?
That’s a really tough question as I’ve taken so many classes in my major that I’ve really loved and that have been so influential. If I had to choose one in particular, it would probably be Sports Media and Society with Dr. Kevin Hull. I learned SO much in that class and really developed critical thinking skills about the sports industry, its relationship with the media, athletes and the audience.

We learned to critically analyze and evaluate the sports media, as well as why and how the media covered specific athletes and sporting events the way that they did. We also looked into the sports media in terms of fairness and equality — especially in terms of race, gender and sexual orientation. We learned to ask authentic questions in terms of why certain sporting events were getting major coverage while ignoring others, and we learned the impact different media outlets have on the way we watch and interpret games today.

Tell me about any internships you have done and are doing.
I have completed several internships. I served as a page for the Sergeant-at-Arms at the House of Representatives/South Carolina State House.  My paternal grandfather was a member of the South Carolina House of Representatives, so I’ve been surrounded by politics for a large portion of my life. My knowledge of politics and networking skills really helped me make a lot of connections at a high level. This internship helped increase my knowledge of politics even further and is something I plan to use to help me grow in my journalism career.

Since August 2019, I have been interning with UofSC's Gamecock Live Productions, where I helped produce live sporting events for SEC Network and SECN+. I’ve learned multiple skills and positions — both on-site and in the control room — such as technical directing, replay, shading, graphics and building and striking cameras. For this past baseball and softball season, I served as technical director for the majority of our games/events on SEC Network and SECN+.

And, I had the opportunity to work Regionals and Super Regionals for baseball with Gamecock Live Productions when we hosted at Founders Park this past season. It's something that I'm still really proud of!

Since April, I have been working as a development intern for UofSC Athletics.  I’m involved in all aspects of the department, including the Gamecock Club, major gifts, premium seating, ticketing and events. I really wanted to learn how the inside of an athletics department works. It gave me an incredible opportunity to work for a NCAA Division I athletic fundraising department, while also being able to network with donors and other members of the athletics department.

What are your career goals or plans?
I plan to stay involved in sports and hope to eventually become a sideline reporter/studio host for a major network like SEC or ESPN. Through my experience in the control room with live sports productions for SEC, I know I will be an asset both behind the scenes and in front of the camera. 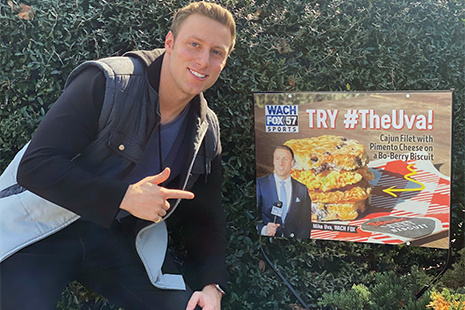 Alli McCraw's package on "The Uva," a Bojangles biscuit mistake — a mistake which has become quite popular. 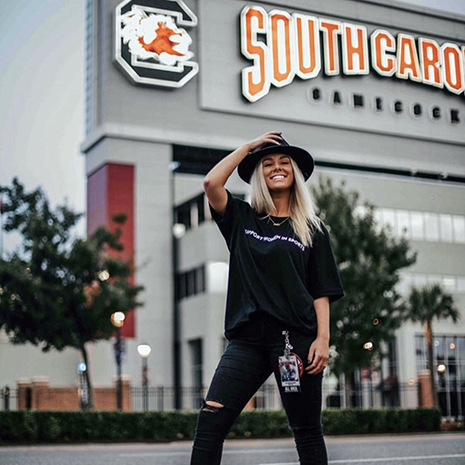 • Technical directed her very first game on SEC Network at 20 years old.
• Is an adrenaline junkie: has an affinity for roller coasters and fast cars, and plans to go skydiving soon!
• Went to her first concert at age 4. When  not working, attends live music events. 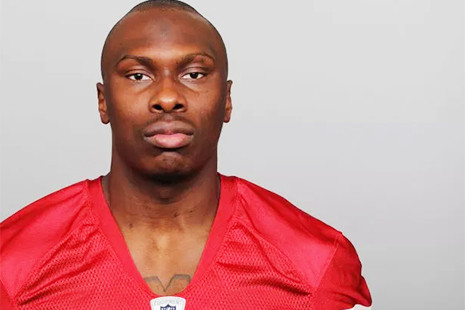 Alli has been a great addition to our Live Productions staff. She has worked just about every position in her time with us. Last semester I asked her if she would be interested in learning to be a Technical Director. She has embraced that role and did a majority of our digital productions (SECN+) in the spring. She brings a sense of excitement to work that helps remind us that we work a job that can be a lot of fun.