The Guest Curator Program offers an opportunity for faculty members to experiment outside of traditional boundaries to share and disseminate their scholarship.  The program contributes to the College of Education’s stated desire to become a leader in educational innovation and transformation. Achieving this goal involves challenging traditional ideas about where and how academic scholarship can be presented.  The guest curator program offers faculty members (and their students) an opportunity to collaborate, create, experiment, and share knowledge within the walls of the museum. The faculty guest curator receives a small stipend to assist with exhibit planning. The program is open to faculty across the university whose scholarship intersects with relevant topics in education.

Christian K. Anderson, Ph.D., and Amber C. Fallucca, Ph.D. are the Faculty Guest Curators for the Museum of Education’s Fall 2021 exhibit. Dr. Anderson is an Associate Professor of higher education in the Department of Educational Leadership and Policies. Dr. Fallucca is affiliate faculty in the department and an administrator at the University of South Carolina. The exhibit is an extension of and companion to their book, The History of American College Football: Institutional Policy, Culture, and Reform (Routledge, 2021). They appreciate the assistance and input of Erin York, graduate assistant, and students from Anderson’s course on the History of Higher Education in America (EDHE 730) and Fallucca’s course on Intercollegiate Athletics in Higher Education (EDHE 832).

On November 6, 1869 a group of 25 students from the College of New Jersey in Princeton traveled to Rutgers College to play a “Foot-ball Match.” The teams used rules favored by Rutgers players in a game that might look more like soccer to modern observers. The home team won 6-4. A week later they played in Princeton, using Princeton rules and the home team won 8-0. Thus, was born the first season of American college football. College football evolved slowly at first, with only a handful of games played each year, but soon took off. By the turn of the century the rules had standardized and the game grew quickly. In 1903 Harvard built its massive stadium (pictured above) with 20,000 seats.

The first season in 1869 consisted of just two games between Rutgers and Princeton, seen by no more than a couple hundred spectators. In 1969 millions would attend college football games in stadiums and watch on television though only about 35 games would be televised per year. By college football’s sesquicentennial, television coverage had become ubiquitous with practically every game being televised or streamed on some platform. 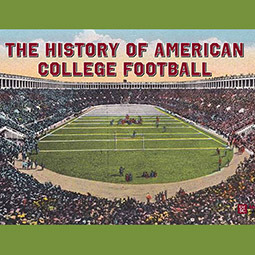 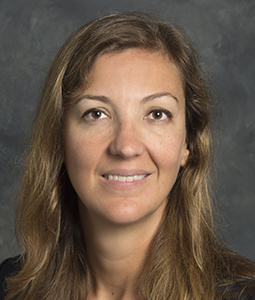