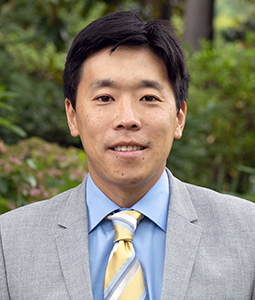 A three-time graduate of the University of South Carolina, Daniel Kim joined his alma mater in fall 2022 as an instructor with the Department of Retailing within the College of Hospitality, Retail and Sport Management. Prior to accepting a position with USC, Kim spent three years as an adjunct instructor with Midlands Technical College's Department of Business and Public Service, Accounting and Business before teaching on a full-time basis for seven years.

Kim earned his Bachelor of Science in accounting from the Moore School and was a member of the Honors College. As an undergraduate, he earned the Caroliniana Award for Outstanding Leadership and was the vice president of Carolina Service Council. After earning his Master of Accountancy in 2009, he enrolled in the School of Law and received his Juris Doctorate in 2012. He clerked with the SC Access to Justice Commission and assisted with the Newberry County Self-Help Center Pilot Program.

In addition to his role with HRSM's Department of Retailing, Kim has served as the owner and CEO of Legacy Martial Arts since 2010. He is currently a board member for Columbia Ultimate Disc Association, Korean Association of Columbia, South Carolina, and the South Carolina State Taekwondo Association.