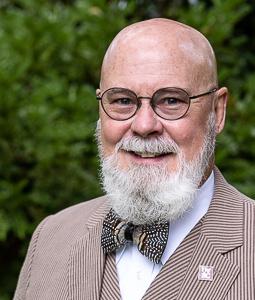 Thomas S. (Tom) Mullikin serves as professor of practice at the University of South Carolina School of Hospitality and Tourism Management. Mullikin earned his Ph.D. from Columbia International University and currently serves as the chair of the gubernatorially established South Carolina Floodwater Commission. In addition to his position at the USC, he is a research professor at Coastal Carolina University (School of Coastal Environment) and a visiting professor at the Universidad San Francisco de Quito - Galapagos campus.

Mullikin serves as a senior environmental attorney where he has studied first-hand environmental issues worldwide. He has logged certified SCUBA dives in every ocean on Earth and has summited more than 20 mountains including peaks on every continent.

Mullikin is a retired senior military officer having served as special assistant to chief prosecutor of Military Commissions and having served with the U.S. Army Judge Advocate General Corps, U.S. Army Reserve, where he was the international legal officer (JAG) and assistant staff judge advocate attached to an element of the U.S. Army Special Operations Command. Mullikin is a second-degree black belt, certified U.S. Army master fitness trainer and self defense instructor and a 2019 inductee of the South Carolina Black Belt Hall of Fame.

Mullikin retired as major general / commander of the South Carolina State Guard and president of the State Guard Association of the U.S. (SGAUS).

Mullikin and his wife, Virginia Ann, were recognized as “National Civic Leader Parents of the Year” in 2019. They reside in Camden, South Carolina, and together have four children: Mary Elizabeth, Alexandra (Tomlinson) and husband, Brant, Thomas, Jr., and Margaret Charles (Whitney) and husband, Will; granddaughter, Anna Gibbs Tomlinson and grandson, Baylor Davis Tomlinson. Mullikin enjoys the outdoors where he studied water related concerns in certified scuba dives in all oceans on earth and climbed to the summit of mountains on every continent.

Duties as senior environmental attorney include:

In addition, Mullikin has been selected by U.S. Vice President Joe Biden to serve as a private sector representative at the 2016 U.S.-Caribbean Central American Energy Summit