When Timothy Fitzgibbon, M.D, made the decision to endow a scholarship at the University of South Carolina School of Medicine Columbia, he had two goals in mind. One was to honor the memory of his father and to recognize his brother, along with their many contributions to medicine and the community. The other was to provide an opportunity to make it easier for a medical student to pursue his or her medical career.

Fitzgibbon, a 1987 graduate of the UofSC School of Medicine, established the Rodney Fitzgibbon, M.D. and Rodney Fitzgibbon, II, M.D. Endowment Fund to help support a student who has expressed an interest in pursuing a career in family medicine or obstetrics and gynecology and demonstrates a great sense of compassion. Fitzgibbon notes that his father exemplified compassionate care in his career, and his son, Timothy’s brother Rodney, has continued the family legacy.

“Whether he was treating a patient or interacting with a colleague, our Dad always took the time to listen and to follow up with his patients,” says Fitzgibbon. “It is important for your patients to know that you really do care about them, whether that means spending a few more moments listening to their concerns, staying late at the end of the day to see that last sick child or following up on tests results rather than handing them off to the doctor-on-call.”

Fitzgibbon has worked to instill these traits into his own practice. “I was able to learn so much from my brother by observing him go ahead of me in training and in private practice.”

Fitzgibbon’s father settled in Columbia following his service in the U.S. Army as a physician at Moncrief Army Community Hospital at Fort Jackson. He established a solo medical practice and was one of the first OB-GYNs to practice at Lexington County Hospital, now Lexington Medical Center, when it opened in 1970. He practiced for more than 50 years in the Columbia area.

Fitzgibbon’s brother Rodney completed his undergraduate degree at South Carolina and his medical degree at the UofSC School of Medicine. He currently practices at Northeast Family Practice, part of the Palmetto Health-USC Medical Group. Because of the impact his father and brother have had on his own career in medicine, Fitzgibbon wants to ensure future students have the same opportunity to pursue medicine.

“We have a great need for family physicians in our state, especially in our more rural communities,” says Fitzgibbon, who is a family medicine physician at Dillon Family Medicine in Dillon, S.C., “Many students base their career choices on the financial limitations they may face. I don’t want funding to be a reason someone can’t reach their potential.”

What would their father think about the endowment?

“He understood having to pay his way by doing that through military service, and he would appreciate the fact that there is assistance out there for someone who might have to choose not to attend medical school because of finances,” Fitzgibbon says.

Fitzgibbon’s decision to create an endowment at the School of Medicine also reflects his desire to give back to the institution that has provided him with a fulfilling career in medicine.

“Not only did I want to honor my dad’s memory and my brother’s influence, but I realized that I have been blessed and have the ability to ‘pay it forward,’” says Fitzgibbon. “I am very proud of our school and the growth we are experiencing. I would encourage other alumni to do whatever they are able to help our future students.” 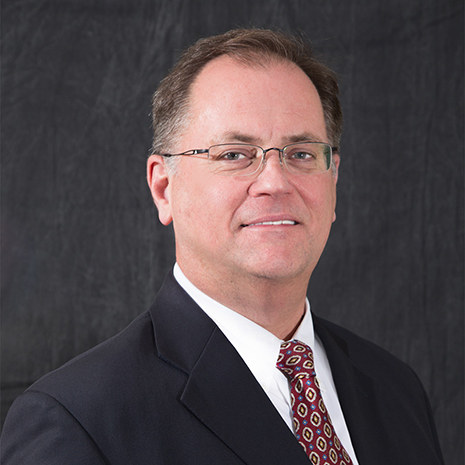