Boards of directors are the decision-making entities for publicly traded businesses. These directors are often appointed by shareholders or current board members.

Souther is focused specifically on minority and female directors. His research shows that these diverse directors are less likely to be appointed to board leadership positions.

“This is interesting because these diverse directors have already been appointed as a corporate director of a large, publicly traded firm,” Souther said. “They are therefore among the most highly qualified individuals in the country. In fact, we find that they tend to have higher qualifications on average than non-diverse directors.”

Despite these qualifications, diverse directors are often passed over for board leadership positions like chairperson.

Souther’s research parallels the country’s larger political issues surrounding diversity, as several states are attempting to pass, or have already passed, legislation requiring diversity on boards of directors. Some large firms are already leaders in this effort to diversify boards.

“Blackrock, the world’s largest money manager, recently stated that every firm in their portfolio should have at least two female directors,” Souther said. “Our research shows that this push for diverse board appointments is just the first step.”

Souther’s past research topics are also focused in the boardroom. He has studied how social relationships influence boardroom decisions and has found that boards are likely to make poor decisions when the majority of the directors are friends.

He has also researched proxy voting, the voting process by which shareholders voice their opinions on members of the board and other firm policies.

“Directors are tasked with significant responsibility to represent the interest of the shareholders of the firm,” Souther said. “But the incentives are not always in place for them to actually do a good job of this. I like exploring these potential conflicts of interest.”

Coming to the Moore School from the University of Missouri, Souther said he is looking forward to exploring Columbia. He is also excited about Columbia’s proximity to both Georgia and Florida, where he has family.

“The Moore School has a reputation for world-class research and programs,” Souther said. “[It] provides a supportive environment for high-quality research while also providing the convenience of living near my extended family.”

In addition to his research in executive board rooms, Souther also studies ethical business practices. His biggest advice to students is that they remain moral when making decisions.

Finance involves knowledgeable individuals overseeing a large amount of assets for a group with substantially less knowledge. There will always be conflicts of interest when handling these financial assets, Souther said.

“Always be conscious of these conflicts of interest and remember that the short-term gains of unethical decisions are often outweighed by the long-term consequences of those decisions,” Souther added. 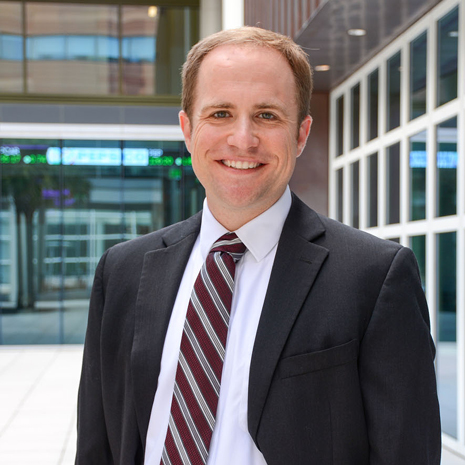 New to the Moore School this fall, assistant professor Matthew Souther has found minority and female board of directors are less likely to be appointed to board leadership positions by studying a 12-year comprehensive data sample of directors from companies featured in the S&P 1,500 stock market index list.