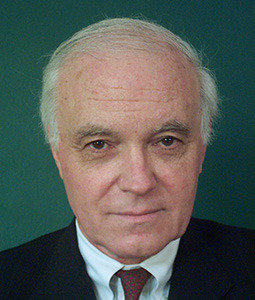 J. Robert Sheppard Jr. previously served as co-head of the Global Project Finance Group at Bank of America, where his work covered syndicated bank loans, private placements, capital markets and a wide variety of financial advisory assignments. Currently, he is co-chair of the Infrastructure Experts Group, an organization established under the auspices of the United Nations. In early September 2010, he was named a visiting scholar at Stanford University's Collaboratory for Research on Global Projects. CRGP is an interdisciplinary center that includes faculty from engineering, management, environmental studies, economics, sociology and law. The appointment ran from September 2010 through 2011. As an undergraduate, Sheppard was a Morehead Scholar at the University of North Carolina at Chapel Hill, where he later received a master's degree in European history, a law degree and an MBA. He is an attorney licensed in North Carolina.

Sheppard has advised private sector companies, multilateral development banks and governments on developing and financing infrastructure projects. He has served as a consultant to the World Bank, the Multilateral Investment Guarantee Agency and the United Nations. He has extensive firsthand experience managing and executing project finance transactions in the United States, Europe, Asia and Latin America. As a consultant, he has worked with several African governments. Sheppard has written extensively on managing the foreign exchange risks of infrastructure financing, and his papers in this area have been published by the World Bank and the United Nations.