South Carolina’s economy faces significant headwinds going into 2023. Despite a strong economic recovery that has led to more South Carolinians working than at any time in its history, the United States currently faces high levels of inflation it has not experienced in more than 40 years. For consumers, this means that prices are rising faster than wages, which limits spending. For businesses, this means labor and material costs are rising, which can adversely impact production. In response, the Federal Reserve has committed to aggressive interest rate hikes to slow demand and put the brakes on this inflation, even if these rate hikes cause a recession.

What is the likelihood of such a recession and what would it look like? Are we headed for a hard crash or a soft landing? How long would a recession last? What does this imply for the stock market and housing prices? What are the leading economic indicators we should be tracking? And how would a recession affect the widespread global supply chain constraints and labor shortages?

The University of South Carolina Darla Moore School of Business will hold its annual Economic Outlook Conference on Tuesday, Dec. 6, from 11:30 a.m. – 3:45 p.m., which will feature experts from around the state to address these and other questions about how the South Carolina and U.S. economy will likely unfold in 2023. The event will be interactive and will include several opportunities for Q&As.

Howard’s 30-year career in energy was launched as a quality advisor for process improvement in electric generation at South Carolina Electric & Gas Company (SCE&G). She moved from subsequent roles in key accounts management for the company’s largest energy users to leadership roles in both its electric and natural gas businesses.

As manager of Community/Economic Development and Local Government, she managed industry recruiting, retention and expansion and other community and business development opportunities in central and western South Carolina. As director of Demand-Side Management, Howard led the start-up of a portfolio of programs for residential, commercial and industrial customers to improve energy efficiency, reduce electric demand and usage, and impact future company investment and/or timing in electric generation assets.

In 2013, she was named vice president of Gas Operations where she oversaw natural gas distribution construction, operations, maintenance, engineering, system planning and sales for more than 400,000 homes and businesses. After the 2019 merger between Dominion Energy and SCE&G parent company SCANA, Howard assumed her current role in January 2021.

Howard has a long history of community and professional engagement through board and other leadership positions with several organizations and initiatives, including her current roles as a member of the South Carolina Ports Authority Board of Directors; the Central Carolina Community Foundation Executive Committee, where she co-founded and chairs its African American Philanthropy Committee; and the University of South Carolina Educational Foundation Board and its Governance Committee.

A native of Georgetown, South Carolina, Howard holds a Bachelor of Science degree in electrical and computer engineering and an MBA from the University of South Carolina.

During her more than 20 years with South Carolina Ports, Melvin has held several senior leadership positions, including senior vice president of operations and terminals; senior vice president of external affairs; and vice president of government relations. In addition to overseeing numerous infrastructure projects, Melvin served as the lead staff person on the Charleston Harbor Deepening Project, which is on track to being the deepest harbor on the East Coast at 52 feet when the project is completed this year.

Before joining South Carolina Ports in 1998, Melvin served as director of government relations for the Charleston Metro Chamber of Commerce and as a policy analyst for the Georgia governor’s Office of Planning and Budget.

Melvin is a Riley Institute Diversity Leadership graduate and has served as a member and advisor on numerous philanthropic and civic boards, committees and councils; the organizations she has served include The Citadel, American Heart Association, Junior League, United Way, South Carolina Governor’s School, and the Charleston and South Carolina chambers of commerce.

Daniel Rickenmann (‘92 UofSC political science) is the son of Swiss immigrants; his family immigrated to the U.S. in 1967. Rickenmann was born in 1969 and raised in Spartanburg, South Carolina. His father passed away when he was 8 years old, and he was raised by his single mother in a household where they spoke two languages.

He came to the University of South Carolina in 1987 to attend the only program in the southeast for students with dyslexia. He said he fell in love with Columbia and never left.

After graduating, Rickenmann worked two jobs and saved up to start his own business. His successful restaurant led to more opportunities to invest and grow in Columbia’s community.

In 2009, Rickenmann founded a renewable energy company with innovative solutions on generating power in local communities.

Rickenmann has served two stints on Columbia City Council. He was both an at-large member, representing the whole city, and the member from District 4. He was elected mayor in November 2021 and was sworn in in January 2022.

Rickenmann is married to Dr. Laura Rickenmann, a local pediatrician. Together, they have two daughters, Ellie and Carlyle, and two dogs, Lulu and Quila.

Joseph C. Von Nessen (‘09 Ph.D. in economics) is a research economist in the Division of Research at the Darla Moore School of Business where he specializes in regional economics, regional economic forecasting and housing economics. He regularly conducts a wide variety of economic impact analyses, feasibility studies and independent market research projects for clients in both the private and public sector.

Von Nessen engages in industry-level and regional economic forecasting for organizations at the state, national and international level. He has served as lead researcher on projects with clients as diverse as Sonoco, BlueCross BlueShield, Michelin, Boeing and the Savannah River National Lab, among others. He has also been the recipient of many grants from both local and national sources, including the U.S. Department of Energy and the U.S. Department of Defense.

Von Nessen is also responsible for the preparation and presentation of the University of South Carolina's annual statewide economic forecast. He serves on the advisory committee of the South Carolina Board of Economic Advisors and is regularly invited to brief the Federal Reserve Bank of Richmond on economic conditions in South Carolina. He frequently appears on programs at national conventions, including the International Builders Show, the 21st Century Building Expo and the North American Regional Science Council and its subsidiaries.

In addition, Von Nessen specializes in housing economics and residential real estate and provides economic and marketing research and consulting services to builders, developers and other businesses in the housing industry on a regular basis. His recent academic research has focused on the application of hedonic house price modeling to the housing industry. He is a member of the National Association of Home Builders and is actively involved with the local branches of the Home Builders Association and the Association of REALTORS throughout South Carolina.

Von Nessen is a frequent speaker for business and government leaders throughout the southeast, providing information and consultation about business, housing markets and local economies. He also makes frequent media appearances to discuss various local economic topics of interest.

Woodward’s primary research interests are regional economics, firm location, urban and industrial clustering, and foreign direct investment. He is co-author of a book on foreign direct investment in the United States, The New Competitors, ranked as one of the “top ten business and economics books” by Business Week and listed by Fortune as one of the books “CEOs are reading." He has published widely in academic journals, including the Journal of Urban Economics, the Journal of Regional Science, Regional Science and Urban Economics, the Journal of Economic Geography, and the Review of Economics and Statistics. His recently published papers have investigated local area labor matching and knowledge spillovers. Professor Woodward also has ongoing research comparing regional economic cluster development across the world. He has ongoing research investigating foreign investment and economic development in Africa.

Over his career, Woodward has received numerous grants from the National Science Foundation, the U.S. Department of Education and many other funding agencies. He has testified before local, state and national government committees and has presented his research at many conferences around the world, including the World Economic Forum in Davos, Switzerland. He has often appeared in the media discussing economic development and related topics 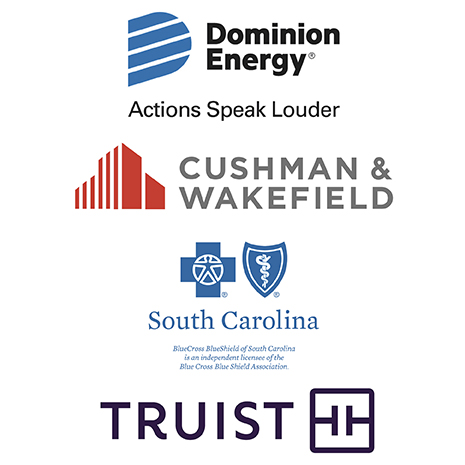