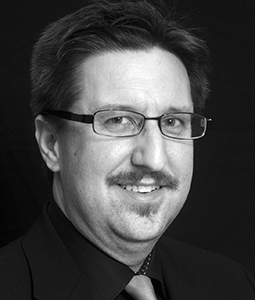 Neil Casey is the assistant director of orchestras at the University of South Carolina, as well as the Music Director of the South Carolina Philharmonic Youth Orchestras.  At USC, he teaches conducting, violin, chamber music, conducts Opera at USC and the USC Campus Orchestra, an ensemble that he created. Previously, Mr. Casey was the assistant conductor of the Augusta (Ga.) Symphony, Conductor of the Armstrong Atlantic Youth Orchestra (Savannah, Ga.), and a faculty member at the Conductors Institute in Columbia and the Opera Master Classes in Charleston, South Carolina as part of Piccolo Spoleto.

Passionate for opera, Neil has appeared with the Augusta Opera and conducted Claflin University’s Celebration of Black Pioneers in the field of opera featuring renowned soprano, Leona Mitchell.  In his post as conductor of Opera at USC, Maestro Casey has led performances of over 20 different productions. In January of 2002, he was appointed to the position of Assistant Conductor of the American Music Theatre for a television production of Robert Ward’s Roman Fever. Mr. Casey is also the conductor on several cd’s featuring operas by Robert Bradshaw with the Palmetto Camerata on the Beauport Press Label.  During the 2011-2012 season, Maestro Casey made his debut with the Western Plain’s Opera for productions of Leoncavallo’s I Pagliacci and Puccini’s Gianni Schicchi.

Committed to education, this year marks Neil’s fifth season as Music Director/Conductor of the South Carolina Philharmonic Youth Orchestras, where a fourth orchestra has just been created. Neil earned both his B.M. in music education and violin performance, and his M.M. in orchestral conducting from the University of South Carolina, where he was the recipient of the 1997 Van Doren Award (awarded to the Most Outstanding Graduating Senior/Music Ed Track).