Exercise science researchers* have completed a study comparing the health behaviors of children learning virtually vs in-person during the COVID-19 pandemic. Published in the International Journal of Environmental Research and Public Health, findings from this study show worsening trends in physical activity, screen time and sleep among children when learning from home.

With different states, counties, municipalities and schools approaching mitigation measures differently, students experienced a range of in-person, virtual (both synchronous and asynchronous) and hybrid learning models. To compare the movement behaviors of the same children (i.e., within-person analysis) in different settings, the research team recruited participants engaged in a hybrid attendance model (i.e., some in-person days and some virtual days each week).

For this study, nearly 700 elementary age students wore accelerometers on their wrists for a two-week period during October/November of 2020. Their school schedule included two days/week of in-person learning and three days/per week of virtual learning. Parents completed surveys to report screen time activities.

The researchers then analyzed the resulting data to assess the degree to which children were meeting the Canadian 24-hour Movement Guidelines. Also adopted by Australia, New Zealand, South Africa and the Asia-Pacific region, these guidelines include 9 to 11 hours of sleep, consistent bed/wake-up times, at least 60 minutes of moderate to vigorous physical activity and no more than two hours of recreational screen time per day for children ages 5-13 to achieve optimum health.

“Our findings revealed that on days when children attended school in-person, they had higher odds of meeting all three 24-h movement behaviors and higher odds of meeting the physical activity and screen time guidelines individually,” Beets says. “We also found that as the age/grade increased, the protective effect of attending in-person school on meeting the 24-h movement behaviors increased. This happened even though both the moderate to vigorous physical activity and sleep duration declined and the screen time trended upward.”

The researchers point to the purposeful, segmented, restrictive and compulsory components embedded within a school day as one of the primary reasons for these differences. Conversely, they note that the virtual attendance days are more likely to be filled with fewer opportunities for physical activity and fewer limits on recreational screen time.

“This study provides evidence that attending an in-person school plays an important role in promoting healthful behaviors in children and helps to explain why the health behaviors of children declined during the pandemic, which likely led to the dramatic increases in overweight and obesity observed among youth,” Beets says. “Future research should explore the specific factors associated with attending school in-person that contribute to the promotion of movement behaviors, including physical activity and screen time and investigate ways in which virtual schools could better protect against declines in meeting the 24-h movement guidelines.” 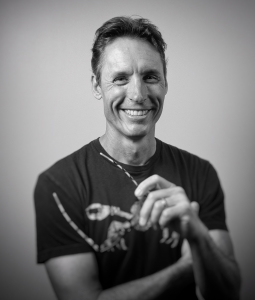 Michael Beets is a professor in the Department of Exercise Science and director of the Arnold Childhood Obesity Initiative.