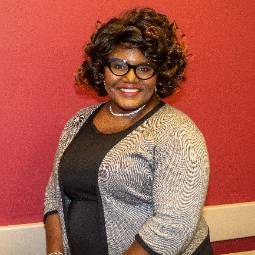 USC Associate Professor Nikki Wooten is a tenured faculty member in the College of Social Work where she teaches military social work and psychopathology graduate courses. She conducts behavioral health services research on military and veteran populations and has a research appointment at the William Jennings Bryan Dorn Veterans Administration Medical Center.

Wooten received her Ph.D. from the University of Maryland, Baltimore in 2009 and is principal investigator of Behavioral Health Care in Army Warrior Transition Units (the Army Warrior Care Project), funded by the National Institute on Drug Abuse.  For the past six years, Wooten served on the board of directors of the Dorn Research Institute at the Dorn VAMC.

Wooten has over 31 years of military service and is a lieutenant colonel in the U. S. Army Reserves. She currently serves as a small group instructor for the Staff Officer’s Course at the U. S. Army’s Command and General Staff College. Wooten previously served in the District of Columbia National Guard (1994-2014) as Crisis Action Team Operations Officer (Domestic Operations Center and Army Operations Center, Pentagon), Company Commander, Secretary General Staff, Aide-de-Camp, and logistics officers and in the U. S. Army Reserves as an enlisted soldier (1989-1993).