While online education is not new, its mass proliferation amid the pandemic is, and it’s radically changing the face of education. In The Conversation, College of Education professor James Kirylo and co-author Antonia Darder, professor of education, Loyola Marymount University, write about why we should consider what the late Brazilian educational philosopher Paulo Freire would have thought about the global normalization of virtual learning.

Schools across the globe are struggling to provide online academic alternatives during the coronavirus, especially for students from racially and economically marginalized groups.

While online education is not new, its mass proliferation amid the pandemic is, and it’s radically changing the face of education.

Many students cannot access technology or they grapple with food insecurity – problems that would normally be solved at school. They are also missing out on extracurricular activities that are important for their well-being.

The pandemic has also exposed security breaches, online predators and issues of privacy and isolation.

The effectiveness of online learning remains a critical concern among educators, especially considering virtual schooling may be normalized after the pandemic.

As scholars who have written extensively about education, we believe it is useful to consider what the late Brazilian educational philosopher Paulo Freire would have thought about the global normalization of virtual learning.

With the exception of John Dewey, the father of progressive education, Freire was the foremost 20th-century progressive philosopher of education around the globe, and his thinking remains influential to this day. 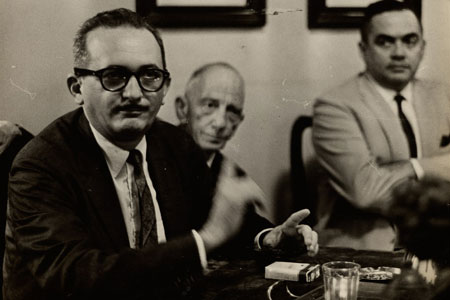 Freire critiqued capitalism, which he saw as exploitative, and wrote extensively about oppressed populations, particularly those living in poverty. He argued that as long as education remained at the service of the wealthy and powerful, genuine democracy would be impossible to achieve.

Freire saw open political participation as the cornerstone of democratic societies. To prepare students for this, Freire called for a critical instructional approach – a question-posing pedagogy centered on students’ experiences as the starting point for teaching and learning.

Freire critiqued the “banking system of mainstream education” that viewed students as empty vessels to be filled by the teacher.

Teachers are considered all-knowing. The cultural knowledge that working-class and racial minority students bring to the classroom is systematically subordinated. Consequently, students are seen as objects to be inculcated rather than contributors to their own learning.

Educational methods such as standardized curricula and teaching-to-test often result in undemocratic practices within the classroom.

These approaches can inhibit students’ understanding of themselves as empowered subjects of their own world, Freire argued. They can transfigure students into objects to be manipulated and silenced. We believe this is only exacerbated through online schooling, which diminishes students’ opportunities to dialogue with others. 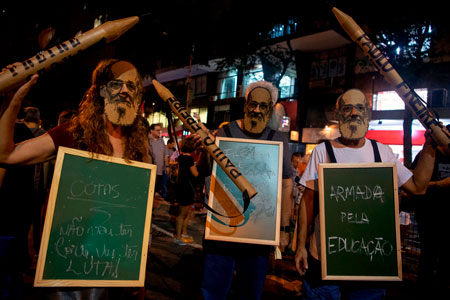 Protesters wear masks of the Brazilian educator Paulo Freire during a demonstration in support of public education in Brazil. Mauro Pimentel /AFP via Getty Images

Without students’ critical reflection and dialogue with others, they are prevented from developing the collective skills at the heart of democratic life.

Freire would have argued that students fail to garner a sense of their own empowerment as loving and conscious human beings – vital ingredients to the formation of democratic citizens.

For Freire, a democratic education allows students from all backgrounds to work collectively. It’s an effort to transform the inequalities of their diverse lives. Vital to this intellectual formation is the creative tension necessary to unfold lively relationships for solidarity and genuine forms of democracy.

The normalization of online teaching, we believe Freire would have argued, looms as an existential threat to this educational model.

Given the stark physical separation of online schooling, students are expected to function in ways that, more than ever, disembody their learning through lonely online spaces. Thus, instead of developing a voice, Freire would have argued that students are increasingly conditioned away from human contact, social interaction and the ethics of empathy essential to democratic life.

Similarly, Freire would have criticized the online education model that has disfigured the labor of teachers. In the virtual classroom, an instructor’s job becomes more routinized and disembodied than before. Teachers are increasingly expected to function as technological mediators instead of critical mentors.

Freire would have also pointed to the dangers of an educational culture that sets up students to accept technological surveillance. He would have reminded us that most instances of autocratic politics in the U.S. or abroad has been undertaken through systematic surveillance of youth – utilized to trample dissent.

Above all, Freire was concerned with students’ ability to develop into critical, conscious adults who can face the challenges of an interconnected world – where capitalism and corporate greed are leading us toward planetary devastation.

As we envision a post-pandemic world, rather than surrender to a virtual educational model, Freire would have called on communities to reenter our schools and neighborhoods with greater commitment to nurture a participatory democracy.

This article is republished from The Conversation under a Creative Commons license. Read the original article. 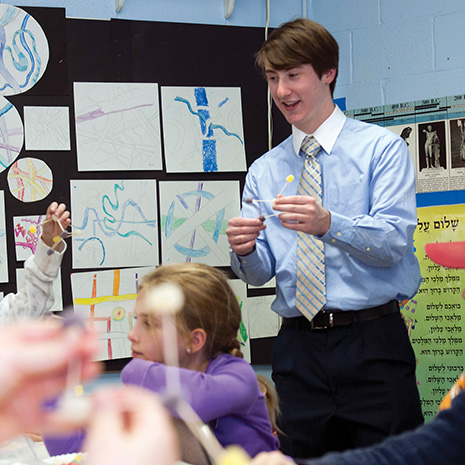 The College of Education is committed to excellence through leadership, teacher education, research, diversity and outreach with the goal of positively impacting students, families and communities.

Featured in The Conversation

The Conversation brings academic experts together with professional editors to create timely, insightful content for a general audience.

Email Peggy Binette at peggy@mailbox.sc.edu if you are interested in sharing your work with a national audience.